A Black History Month event was interrupted by chants of racial slurs and offensive language from anonymous attendees, and the college is looking for those responsible.

The Feb. 11 event, titled “Health in the Black Community,” featured three doctors discussing “preventative health care in the African American Community” as well as the effect of COVID-19 on the Black community, according to CLC’s website.

When the attack started, the event was quickly closed down and canceled, and in a statement, the college said it is currently investigating who is behind the attack.

In a Feb. 16 statement to college faculty, CLC president Lori Suddick said, “Clearly, we have much work to do to address racism in our community, and we must remain steadfast in our commitment to diversity, equity, and inclusion… Racism will not be tolerated at CLC.”

Communications Professor and Department Chair Lynn Harper, who sent a Feb. 15 email informing faculty of the Feb. 11 incident, described feelings of anger and “real fear” upon hearing of the incident.

“It’s done to inflict fear,” she said. “It’s done to dehumanize, to invalidate. This is not something new for African Americans.” 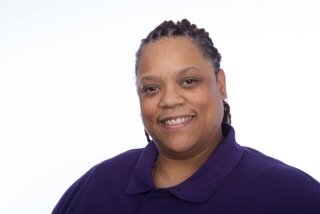 Many faculty, including Harper, have said the administration should have notified the CLC community earlier than the Feb. 16 email from the president. Many faculty have said they first heard of the incident through Harper’s email on the Monday after the Thursday incident, a day before the president’s statement went out to faculty and staff.

“That created a lot of anger across the school… for not hearing any communication from the top down,” Harper said.

While most of the college community did not hear of the Feb. 11 incident until Feb. 15 when Harper sent her email or until Suddick’s statement went out Feb. 16, the president said the college administration had already been looking into it.

“We were taking actions through the weekend,” Suddick said. She added that the measures included opening an investigation and communicating with those directly affected and calling a Diversity Council meeting Monday to discuss possible solutions and how to move forward. 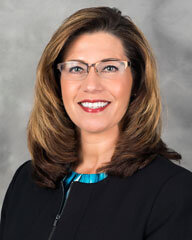 “The very first priority in these moments is making sure that we get immediate outreach to the individuals who were harmed,” Suddick said. “I know some people wanted to know faster, but the reality is there are other people to take care of first.”

Diversity and inclusion are a key mission of CLC, and faculty throughout the college are responding to this incident in a variety of ways to uphold these values.

The Diversity Council has held several student discussions, known as Lancer Circles, in the weeks since the incident.

“Lancer Circles promote substantive and meaningful dialogue that supports individuals in discovering their beliefs, understanding others, learning how to express themselves and identify other factors that support relationship and community building,” according to CLC’s website.

Harper said it’s time for action and not just words.

“[I’ve had professors] emailing me and telling me things they already started doing in their classrooms [to combat racism],” Harper said. “It is time for those in the CLC community to stop talking the talk and now start walking the walk. We’re tired of lip service. It’s lip service until there’s action behind it.”

The president described the scope of a problem exemplified by the Feb. 11 incident.

“I don’t know that we can ever prevent things like this 100 percent… [Zoom-bombings] are occurring throughout the nation,” Suddick said. She added the college is now communicating with event organizers on reducing the chances of Zoom-bombings.

Suddick said she wanted everyone to engage with this issue.

“If we are going to claim we are a welcoming environment for all, we have to be able to show that, not just in words but in action,” she said. “We need to help people understand how to be anti-racist. Every individual has a responsibility in this moment to know what does allyship, what does advocacy, what does anti-racist behavior look like in their own daily behavior.”

Suddick added that she understood those who wanted faster communication.

“I won’t fault people for wanting [communication] faster,” she said. “Ultimately I would love if we could do enough to prevent these things from happening altogether. I really hope for those who may have doubt that the college is taking this matter seriously that they will see over time that we’re living true to our words and our commitments.”

Suddick said she could not provide an update on the investigation, as it is still open.

In a Feb. 19 email to The Chronicle, Harper said she “heard four distinct voices” in the Feb. 11 incident.

If you have any information on the attack, please contact Dean of Student Life, Dr. Gabe Lara, at [email protected]